In this post we will look at the net worth of Brett Favre. Brett Favre is a retired American Football player who played in the quarterback position. He is famous for playing with the Green Bay Packers from 1992 – 2007. He is also known to have thrown more touchdown passes than any other quarterback in the history of the NFL. 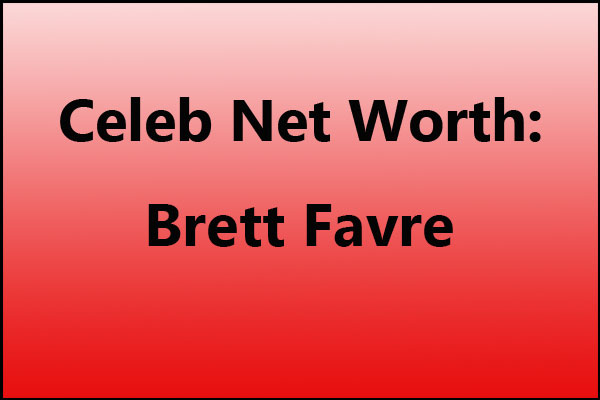 Brett Favre was born on 10 October 1969 in Gulfport, Mississippi. He is married to Deanna and has two daughters they Brittany (born 1989) and Breleigh (born 1999).

Favre started his professional career in 1991 with the Atlanta Falcons. He moved to the Green Bay Packers in 1992 and was their quarterback until 2007. Brett Favre then played with the New York Jets in 2008 before ending his career with the Minnesota Vikings in 2009 and 2010.

Favre was the first quarterback to reach 500 touchdowns.

He and the Green Bay Packers won Super Bowl XXXI

Favre has been involved in different business ventures in the past including Nascar. He is still involved in a number of other businesses.

Favre joined the Board of Directors of Sqor, a sports social media platform in 2013. His role in this business includes product ambassador, sports insights, and advising Sqor on business interests with teams, leagues and sports conferences.

Favre also owns real estate and his mother manages his holding in agriculture,

Brett Favre also released a book in 2004 which he earns money from.

It has been estimated that Brett Favres net worth is $167,500,000. Some reports suggest that he will continue to earn at least $100,000,000 in his football retirement through further endorsements, public speaking and event attendances.