Royce Davidson Rodriguez popularly known by his stage name ugly God is a famous American rapper and a record producer.

In this post we are going to discuss Ugly God’s net worth 2019. 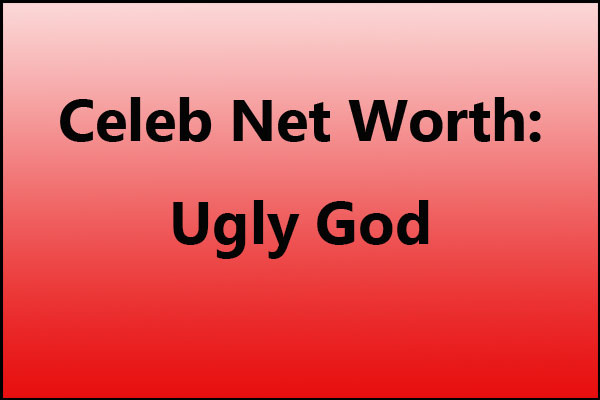 Royce Rodriguez was born in Indiana to Dominican parents on the 19th of September 1996. Few months after his birth they moved to Cleveland, Ohio. He stayed in Ohio for two years and moved to Houston, Texas where he spent most of his life. He joined Southern Mississippi University but didn’t stay long as he dropped out quite soon. While at the University he was studying both engineering and web development as he always wanted to be a computer engineer, but on joining college his mind got diverted to music.

How He Became Ugly God

His original name wasn’t ugly God, he initially used the handle “Pussy Bacon” between 7th and 10th grade. He had to change the handle because of his parents and for social reasons. He created the name Ugly God on the spot by creating a phrase in which he said he was really ugly and as time went on it evolved to Ugly God.

By July 2015 he released his viral song named “I beat meat” which didn’t get approval from either of his principal and his high school basketball coach. His principal didn’t like it and his basketball coach made him delete it in fear of scaring away basketball scholarships. The song was taken down twice but with each takedown, the song became more popular he later released the song through his SoundCloud account and the song has gotten up to 3 million views.

By March 2016, he released his single titled “water” on his SoundCloud account before it was released for digital download as a single. On June 13, 2017, Ugly God was named as one of the ten members of XXL’s “2017 Freshman Class” where he performed his Freshman Freestyle alongside rappers Playboy Carti, MadeinTYO, and XXXTentacion respectively.

His major source of income is his rap singles, albums as well as his collaborations. He has an estimated net worth of about $750,000 dollars in 2019. Royce is just 21 and he has more than enough to increase his net worth in years to come.